SUMMARY: Margaret Mackenzie, who led the PEI Military Family Resource Centre Virtual Program, is the 2017 recipient of the Liz Hoffman Memorial Commendation, which recognizes individuals or groups across Canada who exceed expectations in helping colleagues resolve difficult problem or in bringing about positive and lasting change to the Department of National Defence and the Canadian Forces.
(CHARLOTTETOWN, PE) October 19, 2017 – The PEI Military Family Resource Centre (PEI MFRC) has a direct connection with a national award that will be presented in Ottawa today. Margaret Mackenzie, who was hired to lead the Virtual Outreach Pilot Program through the PEI MFRC, has won the Liz Hoffman Memorial Commendation for her work using virtual platforms to reach military members and their families across Canada and throughout the world.

The Liz Hoffman Memorial Commendation is a national award that recognizes individuals or groups who exceed expectations in helping colleagues resolve difficult problems or bring about positive and lasting change to the Department of National Defence and the Canadian Forces.

PEI MFRC Executive Director Leona Conrick cites the hard work of the pilot program’s Virtual Program Coordinator, Margaret Mackenzie for recognizing the value a virtual platform can bring to military and first-responder communities across the country. “Research has shown that only 10% of military families step inside an actual MFRC office. The PEI MFRC Virtual Outreach Pilot Program was the result of creative forces recognizing this statistic and offering an accessible alternative solution,” Conrick states.

The Virtual Outreach Pilot Program, which ended earlier this year, offered online sessions, allowing those in rural locations to access the same information as those in larger cities. This meant an alternative solution to visiting a physical MFRC building to those with work, logistical, or childcare challenges. By expanding its offerings to include a virtual platform, the PEI MFRC ensured that all military family members, regardless of location or personal circumstance, had access and were treated equally.

“As a military spouse with more than 26 years of experience, 12 postings, and more than 200 weeks of family separation, I am passionate about bringing quality information, workshops, and programs to all CAF, veteran, reservist, and first responder families, regardless of posted location,” says Mackenzie.

Elaborating further on the effectiveness of a virtual platform in military and first responder circles, Mackenzie says, “virtual outreach is a resource centre without walls. I’m honoured to be awarded the Liz Hoffman Memorial Commendation, and I’m excited to share the hundreds of success stories that have come about from the PEI MFRC virtual Outreach program. When we work together we can move mountains. It takes a village.” 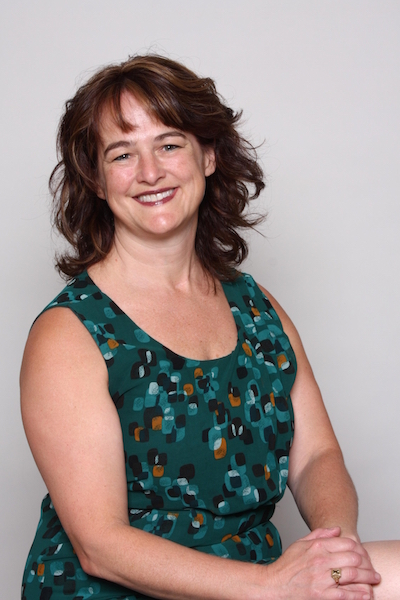