As you may have heard through the PEI military grapevine (yes, there is such a thing), Executive Director Donna Earl is retiring this month!

We wanted to take the opportunity to chat with Donna before she leaves us (sob, sob) and heads back to her home in Meaford, ON, to learn a little more about the woman who’s been spearheading things here as the very first Executive Director of PEI MFRC.

PEI MFRC: When did you start as Executive Director of PEI MFRC?

DE: Officially in January 2014, but I did a bit of prep work in the month leading up to that, before I moved to PEI.

PEI MFRC: Where were you working before you moved here?

DE: I was the Executive Director at the Meaford MFRC [in Ontario] for eight years. I’ve also worked as a Chamber of Commerce Manager (Meaford), Municipal Recreation Director (Waterloo, NY), and Executive Director for the YMCA (Medina, NY).

PEI MFRC: What is your connection with the military?

DE: Before I was born, my father was a reservist, and as a result of that I always had the utmost respect for our military members and their families, wanting to alleviate some of the stresses and challenges of their lifestyle.

PEI MFRC: What’s been your favourite thing about working here in PEI?

DE: The people. Their friendliness, enthusiasm, and their desire to make things better for our military community. I’ve been blessed to have met some amazing people through this role.

PEI MFRC: And how about the most challenging?

DE: I’d have to say that without a Base, it was difficult to find our military families when we first opened. To reach out to them across the Island and get the message out about the types of supports and services that were available to them through the MFRC. It’s an ongoing process, and we continue to build, getting word out person by person.

PEI MFRC:  I know this can be a hard question for many, but where is home, Donna?

DE: (Laughing) Well, I have moved around a bit, but home is absolutely Meaford, ON. But PEI will always hold a special place for me, too. 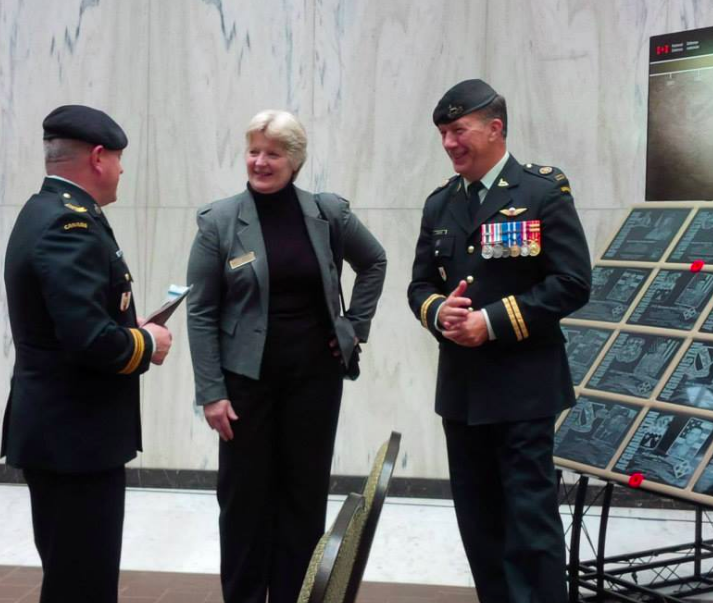 At the Afghanistan Memorial Vigil

PEI MFRC: What are you most looking forward to in retirement?

DE: Having some time! Spending time with family and friends, working in my garden, and actually having time to volunteer again!

PEI MFRC: Donna, we want to thank you for all your work here, getting the PEI MFRC up and running and spearheading a new organization. We’re going to miss you.

DE: Thank you so much. It was a true pleasure. 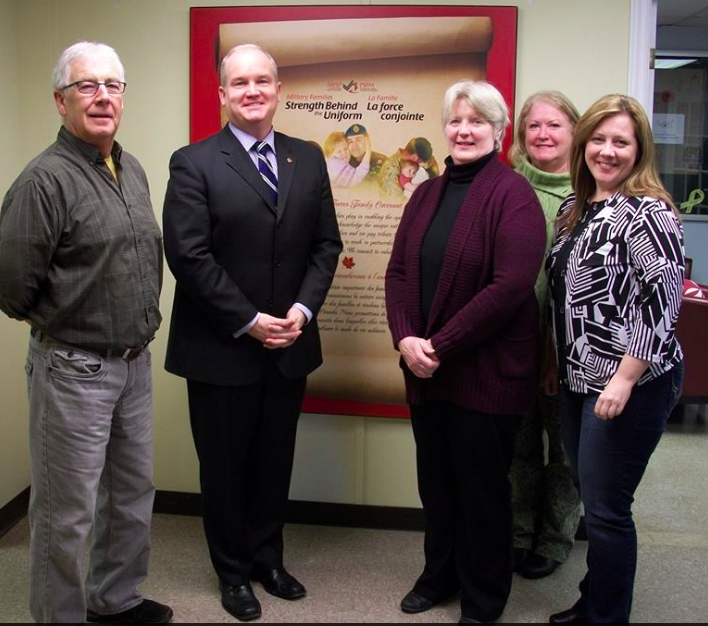 PEI MFRC: I have to ask—what are you most proud of during your time here?

DE: Being the first Executive Director of the PEI MFRC, I think. Seeing it grow from a concept to a fully functioning organization. That has been truly rewarding to see.

PEI MFRC: Thank you for chatting with us, Donna. Safe travels back to Ontario!

The new Executive Director of the PEI MFRC, Leona Conrick, will be starting her position March 20. Stay tuned for a welcome post to Leona when we sit down and chat with her.

If you’d like to send Donna a farewell message, please do so by adding a comment below or emailing her directly (donna.earl@forces.gc.ca).