(CHARLOTTETOWN, PE) March 14, 2017 – The Board of Directors of the PEI Military Family Resource Centre (PEI MFRC) has announced the retirement of Executive Director, Donna Earl, and the hiring of Leona Conrick, who will assume the position March 20.

Conrick, educated at Memorial University of Newfoundland, is well versed in the military lifestyle, and has lived in Newfoundland, British Columbia, Nova Scotia, and, now, Prince Edward Island. Conrick brings with her a wealth of experience from both the for-profit and the not-for-profit sectors. Most recently, she managed a large team of volunteers at the Greenwood Military Family Resource Centre in Nova Scotia. 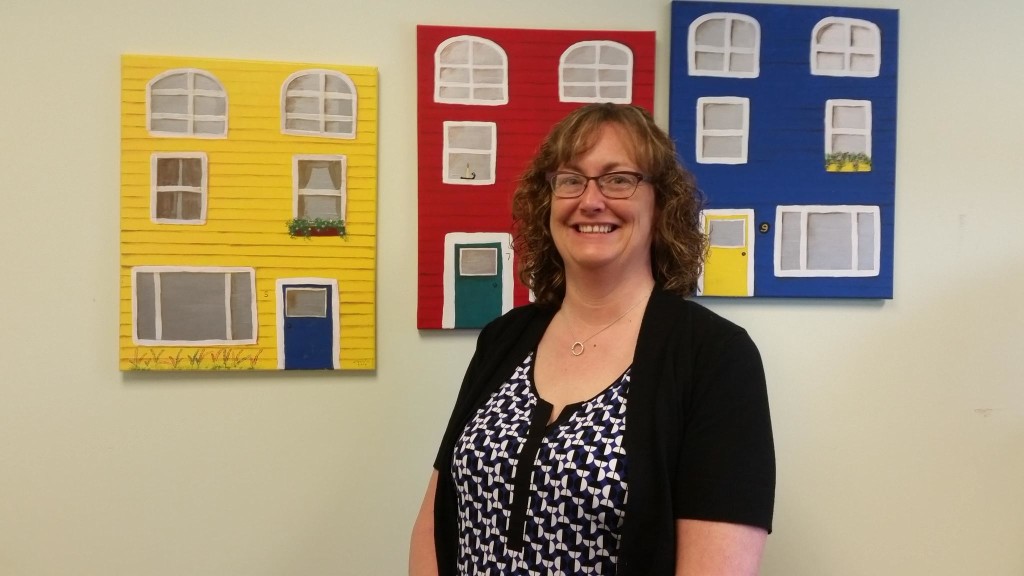 Conrick is used to facing challenges head on. Not only is she a military spouse, but she recently hiked to Machu Picchu, Peru, as part of a team raising money for charity.

“I find great value in becoming part of the community,” she states, “and that is exactly what I plan to do working with the PEI MFRC.”

Outgoing Executive Director Donna Earl welcomes Conrick to the PEI MFRC team and is confident she will bring the energy, enthusiasm, and dedication needed for the position.

“My years with PEI MFRC have been some of the best of my working life and have made a huge impact on me,” Earl reflects. “I’ll always fondly remember the many positive experiences I’ve had here, both professional and personal, and I truly treasure the experience of meeting so many wonderful people, the chance to visit new places, and to be part of this amazing organization. I’m excited to welcome Leona to the team—she has a new and fresh perspective and I’m sure she’ll take the reins and do a great job leading PEI MFRC into the future.”

Earl has been the Executive Director of PEI MFRC since it first opened in 2014. Prior to moving to PEI, she worked as Executive Director at the Meaford MFRC for eight years. She’s looking forward to retiring to her home in Meaford, ON, spending time with family and friends, having time to garden again, and continuing being active in her community via volunteer work.

The PEI MFRC provides programs and services for military families. The main office is in the HMCS Queen Charlotte Building on Water Street, Charlottetown. They also have a regular satellite office in Slemon Park, Summerside, and office hours in Alberton and Cardigan.

For more information, the PEI MFRC can be reached by phone at 902-892-8999 or online at http://cafconnection.ca/PEI

The PEI Military Family Resource Centre (PEI MFRC), a non-for-profit organization governed by a Board of Directors, believes that military families play a vital role in the success of Canada’s men and women in uniform. To that end, the PEI MFRC is committed to ensuring that military families residing in Prince Edward Island thrive and that the people of Prince Edward Island recognize and support Canada’s men and women in uniform.

MFRCs are committed to enriching the lives of individuals and families in Canadian Armed Forces (CAF) communities through positive action, education, and support. MFRCs provide relevant programs and services that empower and encourage strong, independent individuals and families within the CAF. MFRCs deliver programs with the funds received from Military Family Services (MFS).

Military Family Services, a division of Canadian Forces Morale and Welfare Services, works to ensure that the Canadian military family community is well supported in order for military families to lead positive and nurturing family lives comparable to other Canadian families while supporting the operational effectiveness of the Canadian Armed Forces.